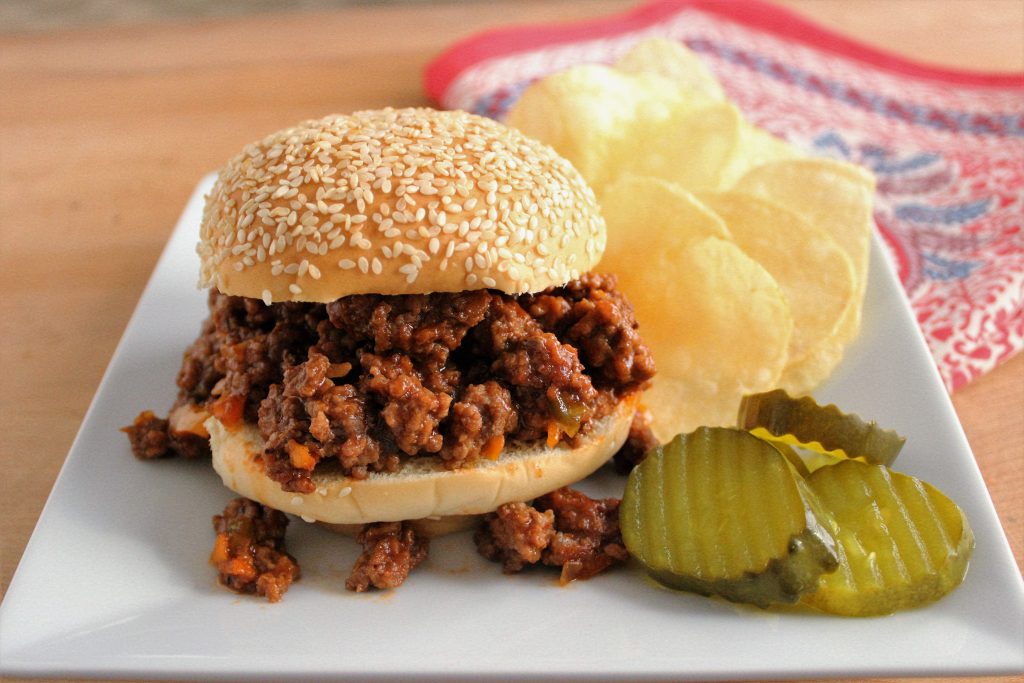 Last week, my cousin passed away after a long battle with lung disease. This post is in honor of her and a little on the long side. Evelyn “Bootsie” Bell was one of a kind, and she meant the world to me. She will be truly missed.

Bootsie lived life to the fullest. She worked hard for her family, and she knew how to have a good time. She drove a forklift in a warehouse, and she would do anything for you. But if you crossed her, the best thing you could do was run. Bootsie was crazy, but if you knew this going in, you acted accordingly. If you didn’t, you needed prayer and a good pair of running shoes.

Family meant everything to my Cousin Bootsie, and she always looked out for those she loved. My dad died on Bootsie’s birthday—three days before my twelfth birthday—and she spent the entire day at our house supporting my mom with no thought of any plans she may have had for herself that day. The weeks following the funeral, she was always at our house, checking on us to make sure we were okay—even though she lived sixty miles away.

If it weren’t for Bootsie, I don’t think I would have ever laughed again. I was so sad and lost without my dad. He was my best friend, and he always made me laugh. When he died, all I did was cry. Bootsie came to the rescue with totally inappropriate Christmas gifts for me and my sister Nicky. My sister Robyn was only three-months-old at the time, so the significance of Rick James’ Street Songs and Eddie Murphy’s Eddie Murphy was lost on her.

Christmas was less than two months after my dad’s death, and a painful time for my mom, my sister and me. Opening presents wasn’t the same without my dad, and all it did was make us feel really bad. But later that day, Bootsie stopped by with two wrapped square gifts. She gave one to me and one to Nicky. We opened them without much enthusiasm. I got Rick James; Nicky got Eddie Murphy.

Bootsie said, “Y’all gon’ like this one,” referring to the Rick James album. “That “Ghetto Life” is my jam!”

Nicky and I said thank you, but we were confused. We went to Catholic school so a grown man in a leather outfit with long braids and thigh-high boots  was weird, and the other man had a flower in his hair. A week later we got around to playing the Eddie Murphy album on the Donny and Marie record player we got for Christmas. I hadn’t laughed in almost two months, but Eddie Murphy cracked me up—especially the joke about doo-doo. I couldn’t help but laugh. Half the stuff he said flew over our heads. He said a lot of swear words and made funny voices, and we thought that was hilarious. Next we popped on Rick James, and we wore that album out. To this day that “Give It To Me Baby” is my jam!

Laughing and dancing felt good, and from that moment on, I knew I would be okay, even though I was still sad.

Fast forward seven years, and it was time for my freshman year in college. Bootsie and her new husband Howard—who we all loved—helped move me from New Jersey to North Carolina. Let me preface this by saying that I love my family, but at the time I couldn’t get away from them fast enough. Evidently, it wasn’t until we arrived on the campus of Wake Forest University that I realized the people that I held dear were ghetto as hell, with a big heap of country on the side. All Bootsie and Howard did was argue over the dumbest things. But that was nothing compared to the industrial-size case of feminine hygiene products my mother packed, which took up most of the trunk space. (Evidently, my mom assumed they didn’t sell such things in North Carolina. Best to be on the safe side. And yes, that case lasted me throughout my Freshman year)

Bootsie and her beloved fussed all the way to my dorm room, and I wished I could’ve crawl into that enormous box of pads until they went back to New Jersey. They were so embarrassing and loud. And everybody else was rich.

I was too mortified to stay at the dorm, so I went back to the Econo Lodge with my mom, my sister and the other two. I didn’t speak to Bootsie and Howard for the rest of the afternoon. But around dinner time, the smell of ground beef seeped into the room I was sharing with my mom and sisters. The Econo Lodge wasn’t known for its room service, so Nicky and I left the room to investigate. When we stepped outside we didn’t really smell anything, but inside the room smelled fantastic. There was a knock at the adjoining room door, and Bootsie announced dinner was ready. I opened the door, and there was Howard, mixing a batch of sloppy joe meat in an aluminum pan set over an iron they had secured to the luggage rack. I had never seen anything like that before in my life, and I was starving.

While I was in my room brooding and being embarrassed by my cousin, her husband and that humongous box of sanitary napkins waiting for me back at the dorm, Bootsie and Howard were out picking up supplies for dinner from the grocery store for us. You may think that sloppy joes made in a marginally clean motel room would be kinda gross, but let me tell you what … That was the best sloppy joe sandwich I’d ever eaten. Even though money was tight, Bootsie and Howard didn’t skimp on the ingredients, and they didn’t use that nasty Manwich sauce either. They made sloppy joes from scratch, and we even had sesame seed buns.

After dinner, Bootsie and I talked, and I apologized for being a jerk. She brushed it off and said, “You always been a little too bougie, and we don’t pay you no mind.” Then she said, “Your dad would be really proud of you right now. You did good, and I’m proud of you, too. Just don’t come home more stuck up than you already are.”

I made no promises.

I loved Bootsie with all my heart, thinking of her makes me laugh and cry. I’m really going to miss her. She was there when it mattered, and my life was better because of her. And I know that no matter where I am in the world, I will never starve as long as I have an aluminum pan, an iron and a luggage rack. 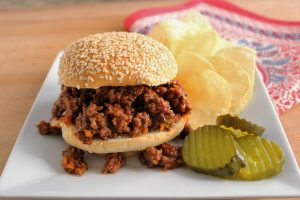 Heat oil in a large skillet over medium-high heat. Add the onions and peppers, and cook until tender, about 5 minutes. Add the garlic and cook one additional minute. Season with salt and pepper.

Add the ground beef to the skillet, and cook, breaking up the meat with a wooden spoon, until no longer pink and cooked through, about 8 minutes. Stir in the tomato sauce, barbecue sauce and Worcestershire. Season, to taste, with salt and pepper. Simmer until thickened, about 10 minutes, stirring occasionally. Serve on hamburger bun with pickle chips.