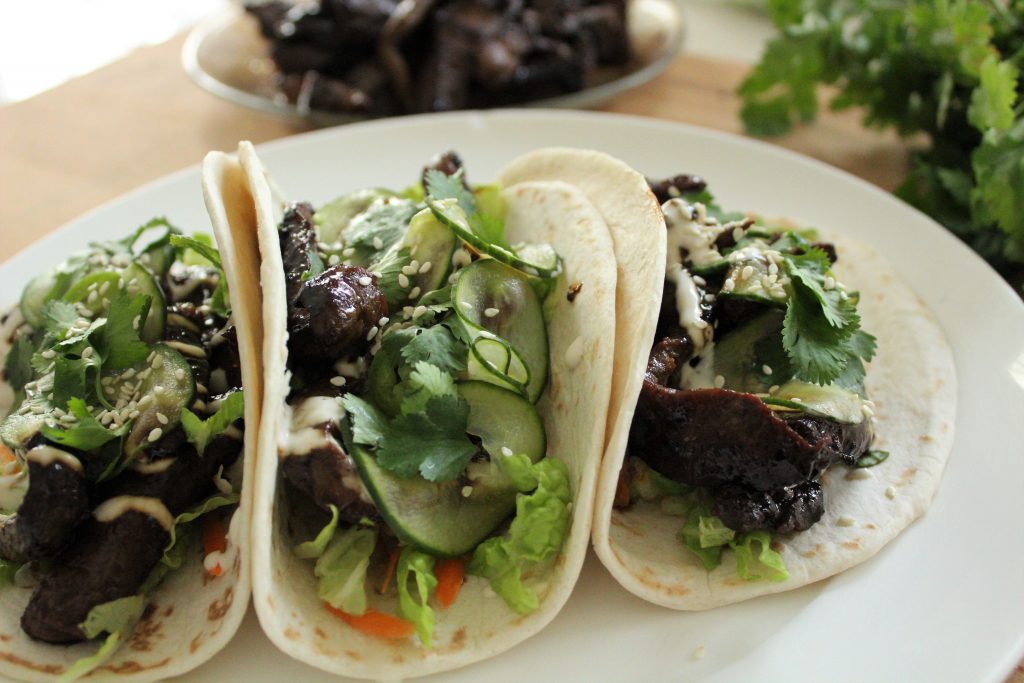 My boys started spring ball, and life is going to get crazy. For the next twelve weeks, two nights a week and every weekend we will be consumed by basketball. I don’t have the necessary time management skills to properly deal with the impending chaos over the next three months. I like to live on the edge and take the day as it comes, which is not a way to live for the faint of heart. I have a 2018 daily planner, but I can’t find it. And I’m not inclined to buy another one. My husband and I have to be in a dozen different places at one time, and we have no idea how we’re going to manage it all, but we’re not too worried. Everything will work out how it supposed to; it always does.

The day was hectic and involved taking kids to school, driving across town for new tires, getting lost while delivering two cakes and two charcuterie trays to a house five miles past Timbuktu, picking up kids from school, stopping at home for a snack and to check emails, and crawling in rush hour traffic to basketball practice. By the time we got home that night it was close to nine o’clock, and I hadn’t even thought about dinner. No one wanted to leave the house for fast food, so we had to make due with what was already in the house. Lucky for us I cook for a living, so there’s always bits and pieces of prepared food around to rustled up a decent meal. It just so happened that I’d done Charlotte Today that week, and I still had a bunch of ingredients left over from the Korean bulgogi tacos I’d prepared for the show. Since the Winter Olympics were in full swing at the time, the theme for the show that week was food that celebrated different cultures represented in the Winter Games.

I went with Korean bulgogi because the Winter Olympics were held in South Korea, and bulgogi is a traditional Korean dish consisting of marinated beef. I love tacos, so why not wrap the flavors of South Korea in a small tortilla. It was the perfect blend of Korean and Latin cultures that we consumed in a matter of seconds.

Dead on our feet after an exhausting day, we turned in right after dinner. Unfortunately, sleep was not restful for me. I had the weirdest dreams. One of them involved me driving to the Grand Canyon with my second grade teacher Sister Celestine, my favorite cashier at my Harris Teeter and some man we picked up panhandling on Independence Boulevard. It was crazy! We were singing Lady Gaga’s “Poker Face” when all of a sudden the man’s head turned into a pumpkin. All I did was I asked him for some gas money and poof! Pumpkin Head. Then my hands turned into Mickey Mouse hands! I slapped those big rodent paws to my face and screamed like that boy in Home Alone.  The Idris Elba pulled me over for speeding.  Before he got around to frisking me, I woke up laughing! And I think I had a little indigestion, too.

Although the tacos were absolutely delicious, I don’t think it was a good idea to eat them and go straight to bed, especially after the crazy day I had. 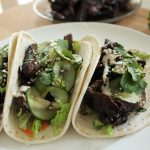 Thinly slice the meat against the grain and place in a large bowl.

Process the soy sauce, mirin, pear nectar, sugar, sesame oil, canola oil, garlic, green onions, and ginger in a blender until smooth. Pour the sauce over the beef and toss to coat. Cover the bowl with plastic wrap and refrigerate for at least 3 hours or up to 24 hours.

To make the slaw, toss the cabbage, daikon, carrot and green onions in a medium bowl.

To make the taco sauce, whisk the sour cream, mayonnaise, garlic powder, Sriracha, and lime juice in a small bowl until combined.

To prepare the meat, heat a large non-stick skillet over high heat. Add the meat, in batches, and cook until browned, about 4 minutes. Flip the meat and cook until the liquid has evaporated and the meat is caramelized, about additional 3 minutes. Transfer the meat to a plate and keep warm. Repeat with remaining meat.

Heat tortillas in a large skillet for 45 seconds on each side.

To assemble the tacos, place some of the cabbage mixture on the tortillas, top with beef and pickled cucumbers. Drizzle with taco sauce and sprinkle with sesame seeds. Serve with lime wedges.

Whisk the vinegar, sugar, salt, and pepper flakes in a medium until combined. Add the cucumber and toss to coat. Refrigerate for 1 hour before serving with Korean BBQ Tacos.