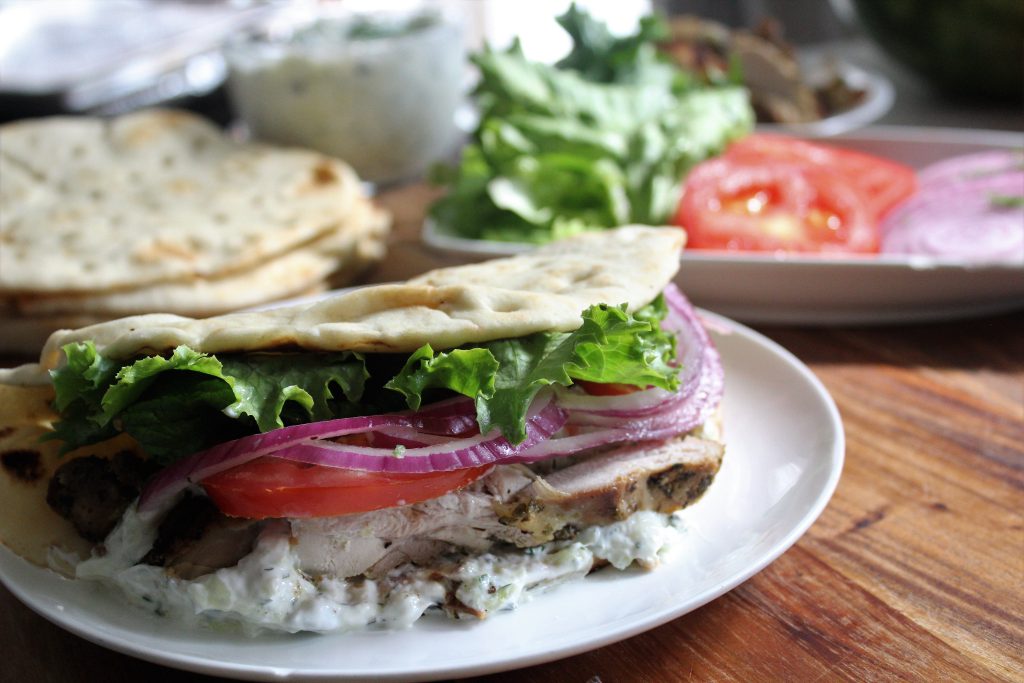 Live television is not for the faint of heart. Everything happens once. No retakes allowed. It’s imperative that you have your stuff together before the cameras start rolling, so you don’t embarrass yourself across the airwaves. I love the adrenaline rush of doing live television, and nine times out of ten, I’m on it. And that one time I’m not on it makes for some really good TV. Once I’ve burned my mouth on air tasting hot food. And let me tell you, it’s really hard not to swear when your mouth is on fire. Another time, I served a guest host crostini that was so hard she almost lost a crown when she bit into it. I’ve even gone on the air after my hair was assaulted by the humidity as I walked from my car to the studio. By the time the show started, I looked like a Chia Pet.

My most recent oops! was on Charlotte Today, and it involved making grilled lemon chicken gyros with invisible boneless, skinless chicken thighs. I left my demo chicken on the kitchen counter at home, so I had no chicken for the marinade. But the show must go on. Instead of panicking, I did my cooking demo  with invisible chicken. And why not? Anyone can have real chicken, but invisible chicken… Now that’s something to see.

Fortunately, I’d prepared some chicken for plating, and just like that, invisible chicken turned visible when cooked. Despite leaving home without the main ingredient for my cooking demo, I breezed through my live segment and made one mighty tasty grilled lemon chicken gyro. On top of that, my husband got a big laugh–tears included–watching me scrape invisible chicken from a plate into a yogurt marinade.

Meanwhile, make the tzatziki. Grate the cucumber with a box grater and transfer to a fine-mesh sieve set over a bowl. Toss the cucumber with a generous pinch of salt and allow it to drain for 15 minutes. Rinse and squeeze dry with a clean kitchen towel.

Mix the yogurt, sour cream, lemon juice, oil, dill, mint, and garlic in a medium bowl until combined. Stir in the cucumber and season to taste with salt and pepper. Cover the bowl with plastic wrap and refrigerate until chilled, about 3 hours. Adjust seasoning with salt and pepper if necessary.

Brush a cast-iron grill pan with 1 tablespoon olive oil and heat over medium-high heat. Remove the chicken from the marinade and cook until golden brown and cooked through, about 4 minutes on each side. Transfer the chicken to a plate and cover loosely with foil. Allow the chicken to rest for 5 minutes. Slice the chicken before serving.

To assemble the gyro, warm the pitas in the microwave. Top the pitas with lettuce, tomato, onion, and chicken. Drizzle with tzatziki sauce and serve.