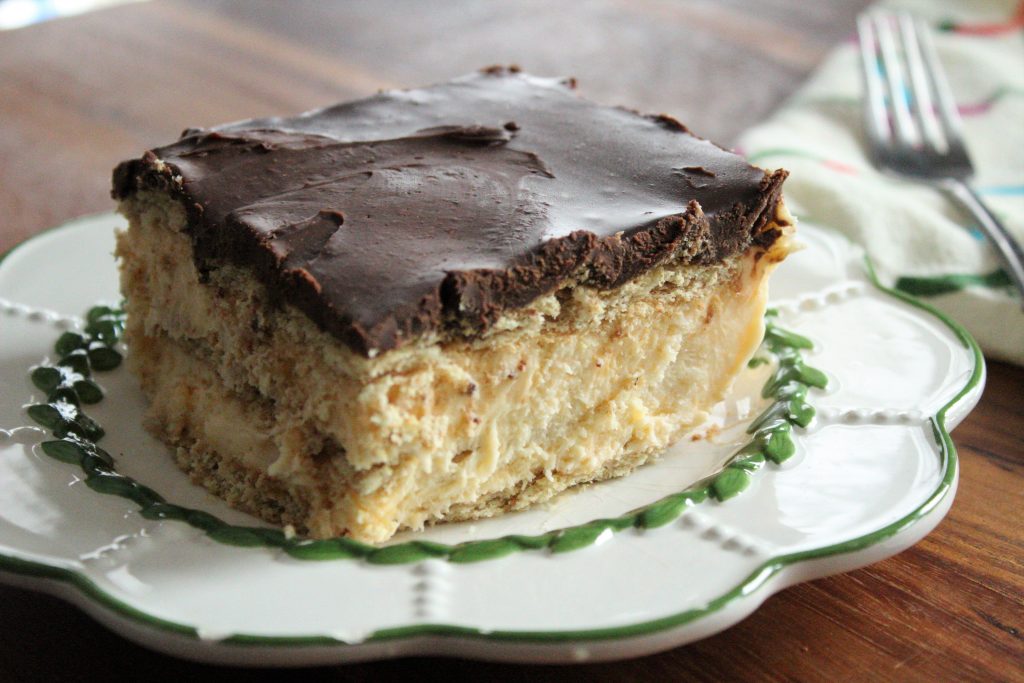 By no means am I a Patriots fan. But it only seems fair that I include something on my Super Bowl menu that represents the opposing team, since I have a dish celebrating the Eagles. Boston cream pie is the official dessert of Massachusetts, so I decided to make it the official dessert of our family Super Bowl Party. Instead of cranking on my oven to bake a sponge cake, I went the no-bake route with an icebox cake. Super easy and super tasty! This cake is so good, I almost caught loving feelings for New England. Then I realized it was just the chocolate ganache talking, and I came to my senses. If you can open a box of graham crackers, whisk instant pudding, and layer everything in a dish, you can make this dessert. 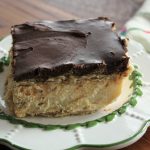 Line the bottom of a 9 by 13-inch baking dish with cookies, breaking them to fill in any gaps along the edges.

Place chocolate in a medium heatproof bowl. Heat the cream in a small saucepan over medium heat and bring to a simmer. Pour the hot cream over the chocolate and let stand for 5 minutes. Stir in the butter and vanilla until smooth. Pour the ganache over the top graham cracker layer and spread evenly. Cover and refrigerate for at least 4 hours up to overnight before serving.