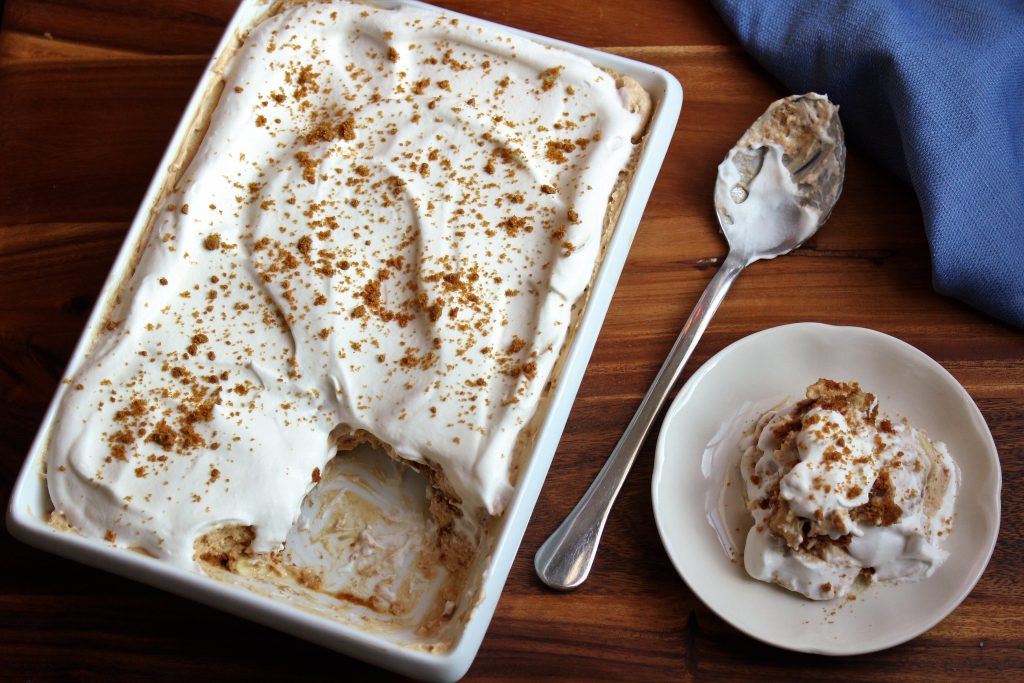 I used to be a volunteer cook for Wednesday night supper at my church. Every week for several years, I helped prepare 300+ meals with a group of retired men and women who kept the kitchen running smoothly and me up to date with the latest church gossip.  I had big fun cooking in the industrial-size space with all its commercial kitchen toys and gadgets.

Eventually, I was moved to dessert prep. I don’t know why. All I remember is one day I showed up to work and Ms. Margaret said, “You’re making desserts today.” I love Ms. Margaret, and to this day, I do whatever the seventy-something woman says.

My first dessert assignment was to make banana pudding for one hundred people. I used Paula Deen’s banana pudding recipe for inspiration and added a few of my special touches to it. A couple of hours and many banquet pans later, I had enough banana pudding to feed an army. Or in my case, a bunch of hungry church folks.

As dinner went on, I noticed people whispering and pointing in my direction. I prayed that my banana pudding wasn’t the issue, and they were just impressed by the cool purple Nike’s I got on clearance at Ross.

During cleanup, three older women approached me and asked if I was the one who made the banana pudding. I was afraid to say yes just in case they didn’t like it. But another volunteer spoke up and gave me all the credit.

“Well, let me tell you,” one of the women said, “I have never had banana pudding so good in my all my life. It was magical. Good job, young lady.”

After that evening, I was basically on banana pudding patrol until further notice. Each week I got a thumbs up from elated congregants as I walked through the dining. I felt like Miss America on parade.

Over the years, I have made a ton of banana pudding, and I love changing the flavors just to jazz things up a bit. My favorite by far is my spin using dulce de leche and Biscoff cookies. This version has a rich caramel flavor with a unique taste from the European cookies. Dulce de leche banana pudding is beyond magical; it’s almost supernatural and will definitely elevate your banana pudding game. 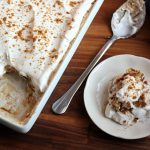 Place mixer bowl and whisk attachment in the freezer for at least 20 minutes to chill. Pour the heavy cream in the chilled bowl and add the confectioners’ sugar and vanilla. Beat the cream with the whisk attachment on medium-high speed until medium peaks form, about 3 minutes. Do not over beat.

Beat the cream cheese and dulce de leche in the bowl of an electric mixer fitted with the paddle attachment until combined and smooth. Scraping with a rubber spatula as needed. Whisk the milk and pudding mix in a large bowl until well-blended. Add the cream cheese mixture to the pudding mixture and stir until blended. Gently fold in two-thirds of the whipped cream.

Line the bottom of a 13 by 9 by 2-inch dish with cookies and a layer of bananas.  Top with half of the pudding. Repeat with more cookies, bananas and the remaining pudding. Cover with a layer of cookies and spread reserved whipped cream over the top. Refrigerate for at least 3 hours before serving.