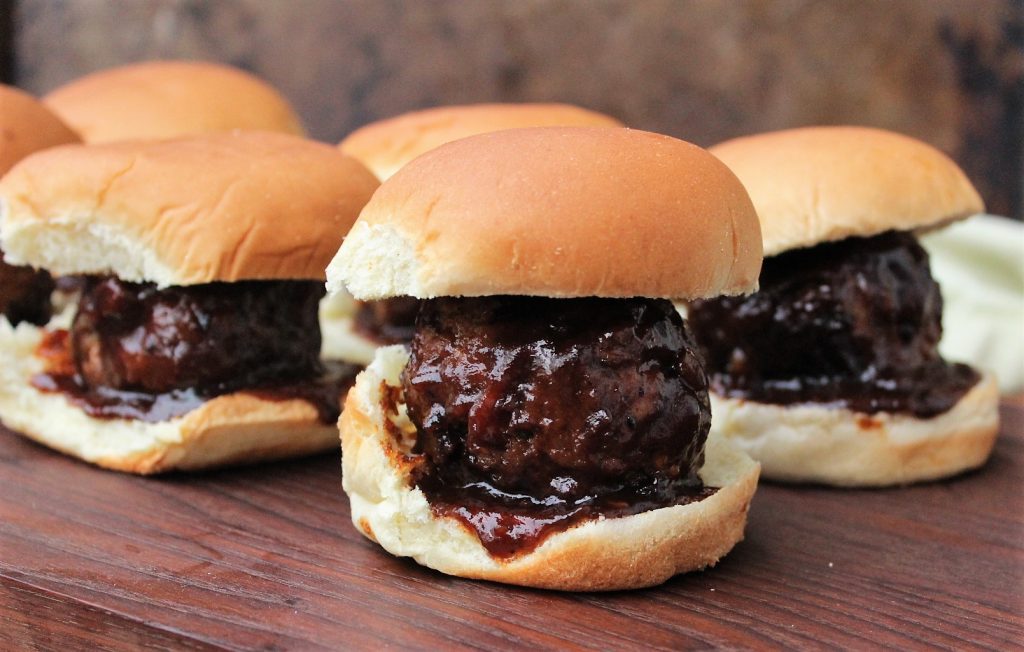 Since the 1800s there’s been an ongoing feud between Eastern Carolina and Western Carolina for barbecue sauce supremacy, with each region possessing its own distinct style and flavor. Your sauce of choice is usually dictated by where you’re from in the state. The east touts a strictly vinegar-based sauce, whereas the west dishes out a vinegar sauce with a splash of ketchup.

I’m originally from New Jersey, but I’ve lived in North Carolina long enough to know that it’s best to tread lightly when discussing Carolina barbecue sauce as not to fall on the wrong side of this centuries-old controversy. Everybody and his mama have a  recipe for barbecue. Surprisingly, they’re all “the world’s best barbecue sauce”.

Recently, I had the opportunity to try a barbecue sauce out of Midland, North Carolina, a small town twenty-five miles west of Charlotte. And I must say, Ms. C’s Soppin’ Good BBQ did not disappoint. Ms. C’s has all the flavor you’d expect from a Carolina barbecue sauce with just enough kick to keep things interesting. It’s a fabulous basting sauce that makes a slab of ribs sing.

I wanted to see exactly how versatile this soppin’ good barbecue sauce was, so I put it to the test with a batch of my “world famous meatballs”. Armed with a bottle of Ms. C’s barbecue sauce, some bacon and a splash or two of bourbon,  I went to work. In no time, I had a batch of meatballs smothered in a thick, sweet and slightly spicy barbecue sauce. I stuffed the meatballs in soft potato slider rolls to make sure we sopped up all that luscious sauce. Those little sandwiches gave new meaning to the term “Mmm!” 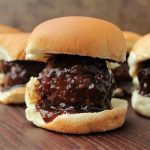 Place the bacon in a small skillet and cook over medium heat until crisp, about 8 minutes. Use a slotted spoon to transfer the bacon to a paper towel-lined plate to drain.

Heat the oil in a large skillet over medium heat. Cook the meatballs, in batches, until browned on all sides, about 8 minutes. The meatballs will be slightly undercooked.

Split the potato rolls and place a meatball on each bottom. Spoon sauce over each meatball and cover with the bun lids.